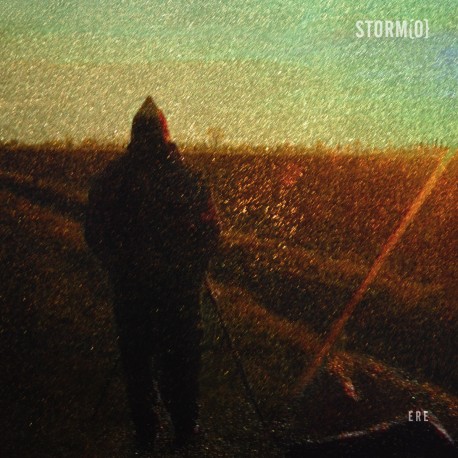 The Italian Post-Hardcore formation Storm{O} ! nally returns with a
new full-length album entitled “Ere”. The four-piece from the province
of Belluno already called growing attention with their ! rst
full-length “Sospesi Nel Vuoto Bruceremo In Un Attimo E Il Cerchio
Sara Chiuso” in 2014 and is now setting off to the next step in their
career. With “Ere”, the band delivers 13 songs of pretty intense and
diverse Hardcore that are housed in a nice inside out printed gatefold
cover released by Moment of Collapse Records. Hailing from
the small town of Feltre, Storm{O} have been on the map since 2005.
Their name is derived from the mingle of a dark storm and the Italian
word for a " ock of black birds (“stormo”). This imaginary union is
graphically described by the two brackets that represent the " ock
of birds, and the letter “o” between the two brackets, representing
a drop. Storm{O} play a unique mixture of pulverizing Hardcore that
is guided by an aggressive and fast drumming. The furious song
structures are leading into brilliant set breaks that mark the only spots
to gasp for breath. The guitars act in the frame of a dynamic songwriting
that leaves space for a couple of uplifting moments and the
bass adds a discreet noise-rock edge. The basis of Storm{O}’s sound
always remains as a harsh, driven and distorted wall of uncompromising
Hardcore that is a good reminder of the early works of bands
such as Uranus, Converge, Orchid or Catharsis. The screamed Italian
vocals vary from anxious spoken words, to angry shouts and desperate
screams. These guys de! nitely never lose their intensity and
convince on full scale as they are sharing this collective passion for
intense music, paired with a unique form of expression. The band
played hundreds of shows sharing the stage with bands such as La
Dispute, Grime, Unsane, Lento, Big Business, Bane, More Than Life,
Celeste, Year Of No Light and many more. “Ere” was recorded and
mixed by Riccardo Pasini at Studio73, Italy and mastered by Alan
Douches at West West Side Music, New York.