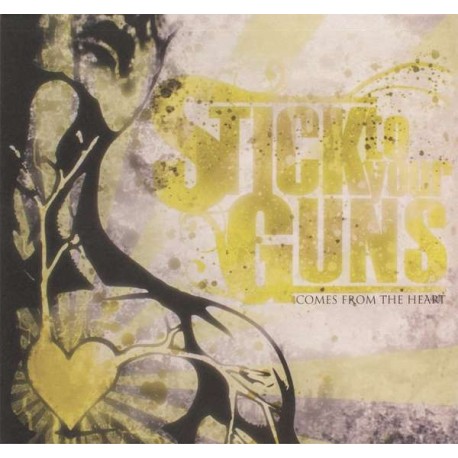 STICK TO YOUR GUNS - Come From The Hearts LP (splatter vinyl)

STICK TO YOUR GUNS from California has grown to one the worlds biggest bands in hardcore.  They started in 2003 and back in 2009 STYG released their 2nd studio album "Comes From THe Heart" via Century Media Records. The album just got one vinyl pressing and (as you already might know) is sold out since years. If you wanna buy a first press these days, you have to pay up to 100 bucks.
We've been lucky enough to get our hands on a licence for 1.000 vinyl copies of this album and we are going to release it in late april 2018. We start collecting preorders in january and put up a small amount of records every week (to avoid high paypal sales volume, which gave us issues in the past). Splatter Vinly limited to 700 copies.