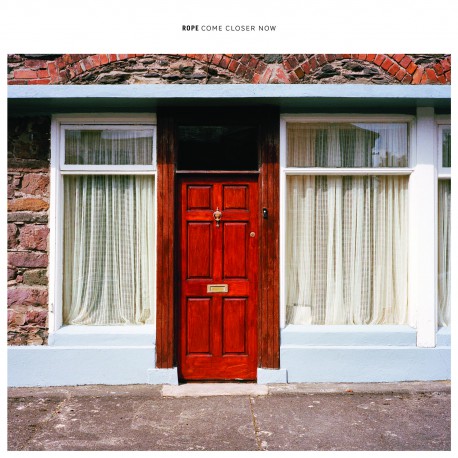 Having started life as a trio of close friends, 'Come Closer Now' sees live guitarist Luke Davies permanently adopted to the band, and the addition of a second guitarist has enabled them to add greater detail and texture to the nuanced, mesmerising songs they’ve become known for. Again choosing to track the album entirely live in the studio with Lewis Johns, ‘Come Closer Now’ is the pure sound of the band, with little added or taken away, and Luke’s guitar serves to add a broader dimension to Rope’s sound which certainly wouldn’t have been achievable previously.

In the two years since the release of their first album, ‘Manteision Bodolaeth; or The Perks of Being’, Rope have been lauded by many of the pillars of the punk and hardcore community, playing a number of high profile shows with bands including Rolo Tomassi, Gnarwolves and Listener, as well as appearing to festival audiences at both Ieper Fest and Fluff Fest. 'Come Closer Now' shows a band in full stride, full of intent and with a clear idea of their how approach should manifest itself sonically.

In an age where the attention span of music listeners appears to be diminishing, Rope are an absolutely crucial band. As with their previous album, 'Come Closer Now' is an incredibly pure musical journey, four friends in a studio playing their hearts out and laying themselves bare. It's easy to understand why Rope have become your favourite band’s favourite band.