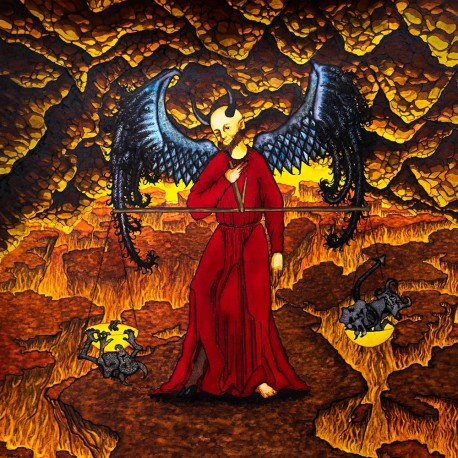 Originally formed in the year of the millenium under the name Hrapp and several demos later, it was in 2005 when the Danish Black Metal trio changed its name into LIGFAERD. Following a line-up change, numerous EPs, splits as well as two full-length albums, live appearances such as at Metal Magic Festival, the band quickly began to receive high praise in the underground Black Metal scene. Today, LIGFAERD are finally presenting us the first details about their third album titled ‘Den Ildrøde Konge’, which is set for a release on March 15th 2019 with Berlin-based Vendetta Records! In the band’s tradition the lyrics do not only come in Danish, with ‘Den Ildrøde Konge’ LIGFAERD are continuing their path on the darkest art of metal and deliver a fierce beast of pure evil, the band’s strongest and most compelling work to date.