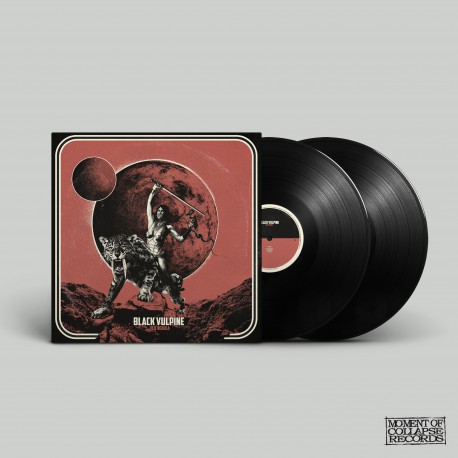 After the from critics and fans highly acclaimed debut "Hidden Places" (2015) BLACK VULPINE from Dortmund are finally back with a new album! "Veil Nebula" is a 63-minute album that adds new elements to the stoner / prog sound from the debut. Sludge, Doom and a good dose of psych can also be found here.

Almost unbelievable, but for a good fifteen years the four musicians BLACK VULPINE from Dortmund are already making music together. At the beginning, among another bandname, the project BLACK VULPINE developed around 5 years ago with a sound somewhere between Queens of the Stone Age and Red Fang. As support for bands like Kylesa and The Vintage Caravan, the band has been gathering experience through shows all over the country, and a 4-song demo followed in 2013. Only two years later, the anticipated debut album "Hidden Places" (2015) was released, leaving a big footprint in the international stoner / doom scene. This was followed by other club shows and festival appearances z.b. at the Rockavaria. Last year, SARAH VOß (guitar, vocals), DARIA STIRNBERG (guitar), RÜDIGER STIRNBERG (drums) and STEFAN ZACHARIAS (bass) took things a little easier to concentrate on the new album. "Veil Nebula" spins the basic sound of the debut even further and sounds more experimental and more open to the Doom / Sludge. The melodies and the voice of singer SARAH have become a trademark of the band. The album is definitely darker and heavier than its predecessor, but does not miss any dynamics.