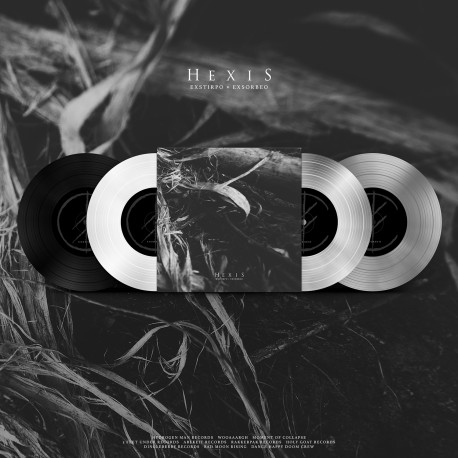 preorder for the upcoming HEXIS 6inch:
release on november 13th

It is quite unbelievable what HEXIS (Denmark/Italy) have achieved in their career so far. Singer and bandleader Filip Andersen founded the band in Denmark in 2010. Within the last 10 years HEXIS then toured numerous times across the globe and stopped by at places like the United States, Canada, Japan, Cuba, Iceland, Russia, China, Australia, nearly every part of Europe and countless other countries. There are barely any places left, where they have not been on their overall 800+ shows!!!
2020 should have continued like 2019 ended for the band, but this year everything is a bit different and so they couldnt play any shows (so far).
This year marks their 10 years anniversary and the band wants to celebrate it with a two-song 6" vinyl record and later this year with a full discography on a Double CD.
After two full albums and over ten EP / Split releases, it is their first time on a 6" format. With the songs Exstirpo and Exorbeo the band follows their distinctive blend of black metal that is influenced by doom-ish sounds and the furiousness of hardcore-punk without only adapting the stereotypes of the mentioned genres. The songs appear to be both, ferociously and in a way menacing when singer Filip unleashes his harsh vocals within the adamant and brute sound walls that the other musicians build up.
HEXIS are extreme in any possible way! Highly recommendable for fans of bands like Celeste, Shora, Thou, Altar of Plagues, Ancst, Hierophant, All Pigs Must Die etc. !!