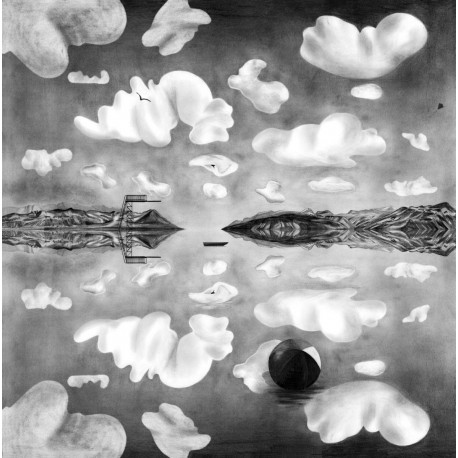 This is this bands debut. This is the second album of this band. This is the fourth album of this band. All of this is true, but shouldn’t trouble us as there’s a lot of truth about these Gentlemen’s inherently consistent interplay.
What started out as Dominic Oppliger’s solo project has grow to a full band. Live and studio wise. On drums: Vincent Glanzmann (Khasho’gi, Franky Silence & Ghost Orchestra ua.), Bass: Lukas Müller (Fai Baba, Arthur T. Fever), Guitars and Keys: Jonas Zollinger (Yakari, Galopp). Like it’s predecessor Moniker is a naive but lambent experiment. A whif of mouldy cellar has given way and a sombre undertone has grown to more than just a shadow in the fog of sounds. The four piece Doomenfels steps into the daylight, illuminated by colours yet throwing a pitch black shadow.
«wahrschinli isch scho längschtens alles gseit, aber nonig vo allne» (from the song ‘Moniker’ / quote Karl Valentin) «probably everything has been said, but not yet by everyone» Dominic Oppliger sings in swiss german. a language spoken only by a few. He tells us stories about the foggy underbelly of sunny Switzerland life. The music denies itself, drops its head, bares its teeth and hurts – let’s us forget and animates to dance and dream. Only to hold a mirror in ones face the next instant. And because this all happens at the same time, Dominic Oppliger’s music is bloody close to real life.