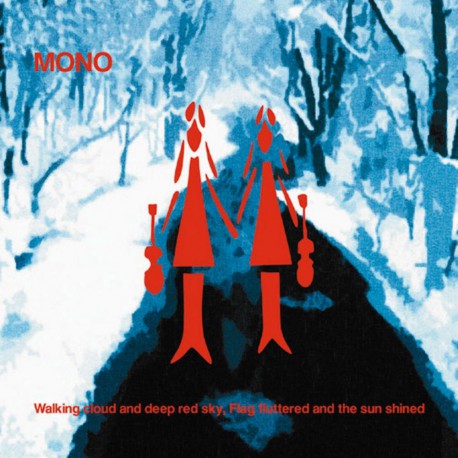 Tokyo, Japan's Mono are a peculiar group. While most bands offer up their sincerest and most genuine recordings in their infancy and spend the rest of their careers trying desperately to rediscover their youthful energy, Mono's trajectory has been quite the opposite. Their early recordings are a visceral homage to their past and present heroes - the documents of a band boasting an impressive symphony of sound in spite of their relatively small line-up. These days, they have become one of the most passionately aggressive rock bands of the last decade, executing their soaring crescendos, titanic sheets of distortion and dark melodies with the delicacy and precision of a folded paper crane. This flourish of hopeful creativity was captured by Steve Albini in the form of the eight pieces that make up their third album, Walking Cloud and Deep Red Sky, Flag Fluttered and the Sun Shined. More lush and orchestral than previous recordings, the album couples an overall slow-melting ambience with a thunderous drive that reaches far greater heights than the band's earlier work.