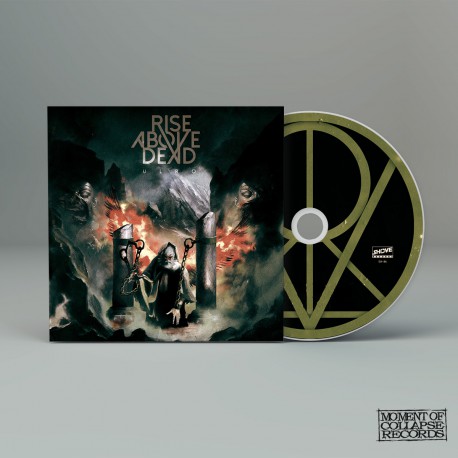 Rise Above Dead were formed in 2009 in Milan, when they started cutting their first home-recorded demos. The 2010 debut "Human Disintegration" was self released in june 2010 on vinyl only. The music was complimented by the visual darkness captured on a superlative artwork done by californian artist Justin Bartlett.</br > After the release of "Human Disintegration", the band played almost 100 gigs between Italy and Europe.The band followed their debut with "Stellar Filth", engineered by Ufomammut and Lento’s soundman Lorenzo Stecconi and released in june 2012 on Moment Of Collapse (DE) / Shove records (IT).</br > Following the release of "Stellar Filth", Rise Above Dead shared stages with several bands like Voivod, Napalm Death, Eyehategod, Kylesa, Russian Cirlces, Ulver, Black Breath, Amenra, Pelican, Envy, Tombs, Darkest Hour and more...In Spring 2014, singer Andrea left the band for personal reasons and the rest of the members decided to keep going as an instrumental four-piece. Rise Above Dead began recording again in july 2014. The new album "Heavy Gravity", engineered by Riccardo Paso Pasini and released on Moment Of Collapse and Shove records again. </br >In October 2016, Stefano, former guitarist, decided to quit the band for following his new artistic path. The band didn’t stop of rehearsaling and after some months Andrea joined the band .The new line up started to write the fourth album inspired by Willam Blake’s mythology and visions. "ULRO" is the title. It is the kingdom created and run by one of the four Zoas that result from the division of the perfect primordial man, Albion. His name is Urizen and represents reason, in opposition to faith, but he is lacking the ability of understanding creativity, self-expression and open-mindness, being enchained to his own limits and burning in jealousy. Ulro is a dark world with no values, no ethics, a world of pain and constraints where inadequacy and anxiety about being accepted by others spread and the interests of the strongest prevail everything. It is the land of the leaving dead where false idols and abstractions are mistaken for primary and necessary needs. Ulro is the world we all live in and in which we fight every day to express ourselves and keep our ideas free.