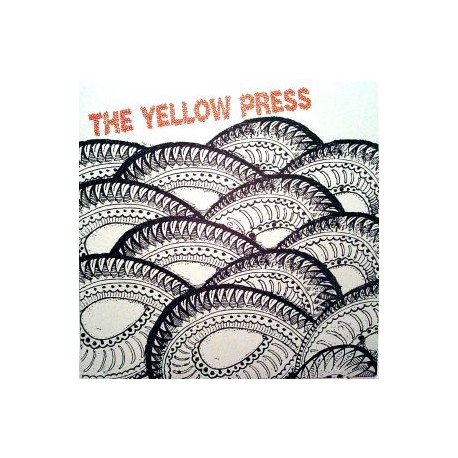 The YELLOW PRESS from San Francisco formed in early 2003, featuring ex-members of TORCHES TO ROME and HOUSEBOY, and with a mixed bag of hardcore and new wave influences, banged their way into every warehouse-space and art gallery in the city, while touring extensively and releasing two CDep's on their own label SILVER SKATE RECORDINGS.

Not since Brooklyn introduced LIARS or LES SAVY FAV have so many kids caught on word-of-mouth to how ridiculously fun a YELLOW PRESS live-performance can be. Built around a solid rhythm-section and grounded in a grumbling bass that might actually get physical, the boys add a swirling keyboard and stabbing guitar lines to create short, punchy songs without the gimmicks employed by most post-punk bands today. Danceable and melodic, yet wholly unique in style and approach!
The YELLOW PRESS are YéYé-Punk!!
This 12" contains all 9 songs from both their (now sold-out!) CDep's, for the first time & exclusively available on vinyl!