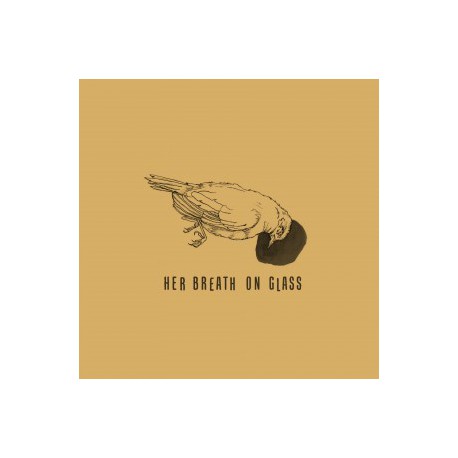 long lost but not forgotten

this record was initially released by listen to aylin records in 2009, here we have a new mainland europe edition of an overrun of the original press that was found without covers, assembled in 2016. this version comes in xeroxed brown paper sleeves with bird cover and includes a full color lyrics inlay and small band photo

Her Breath On Glass are a two-piece screamo band formed by members of The Saddest Landscape during their hiatus (2005-2009). They sound as you would expect them to, I suppose. It’s basically TSL minus a second guitarist and bassist. However, HBOG comes off as much rawer because of that. The passion, intensity, and aggression that TSL put forth is stripped down and worn wide open. They’re also a bit darker, if that makes sense.