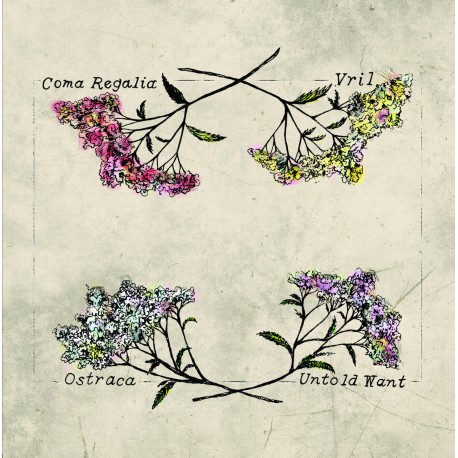 Yarrow split 4-way 10"
These four bands of friends have been playing shows alongside one another from one coast of the US to the other. On this four way 10" split they bring you variations on the theme of empathy in the modern world. UNTOLD WANT (formerly Iwakura) drop four poisonous tracks of screamy hardcore, OSTRACA offer up two beautifully constructed screamo opus', VRIL commit three blistering and volatile hardcore songs, while COMA REGALIA bring their A game with three more chaotic, screamo gems.