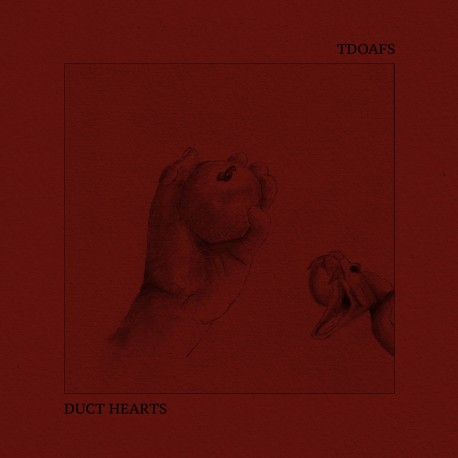 Originally planned as a 5″ but upsized for sound quality reasons canadian TDOAFS and german DUCT HEARTS team up to release their split single on classy custom sized 6″ vinyl. Both bands contribute one song exclusively written for this record, while TDOAFS have a harsh and short as usual (few of their songs reach the 3 minute mark) screamo burst at its best, DUCT HEARTS, who usually have their songs take a bit more time to breathe, unfold, sometimes even up to 8 minutes, show they can get to the point quickly if neccessary. Recorded in the same session as their recently released debut LP ‘feathers’ and not unlike that record you get cleans, rock, reverb, delay, double-bass and a fully orchestrated wall-of-sound. simply stripped down to a mere 2:30.