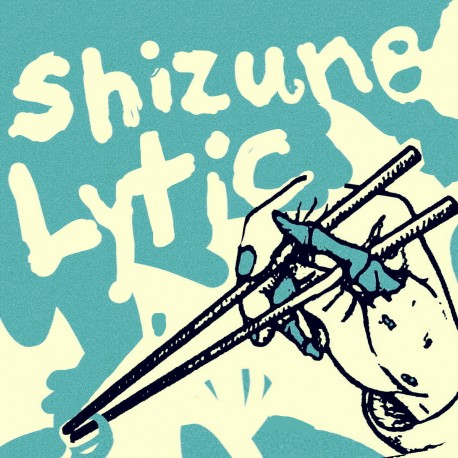 PREORDER!!! The release is supposed to be out by april/may 2019.

We are super happy to corelease this small split between Lytic and Shizune. This is a corelease with Zegema Beach Records from Canada. We have a limited share of those vinyls, so be quick! First press of 500 copies on black vinyl.

20 years ago a band called Saetia established their own brandmark, when it comes to emotional hardcore,  within the diy scene. The band split up and left a massive impact. Later a couple of the involved individuals went on to play music in Hot Cross or Off Minor. Meanwhile these bands split up as well.
The year 2019 marks the first vinylrelease of Lytic from New York, including Seatia and Off Minor founding member Jamie Behar. The band was formed back in 2015. Finally they recorded a couple of songs. For this, Lytic teamed up with Steve Roche, who also played in Saetia and Off Minor. Three of those songs can be found on this tiny split-seveninch.
Lytic lifts off where former bands of Jamie ended. A brilliant guitarwriting with the typical melodic  and jazzy touches, plus a significant drumming, are setting the foundation of this two headed formation. What is making Lytic to a new experience, is the use of a baritone-guitar and the partways different sounding vocals. All in all Lytic play an interesting sound, that is throwing you directly back to the late 90’s.

On the other side we have Shizune from Lonigo/Italy. They are around since 2011 and already put out a lot of releases, including two albums and a bunch of singles and ep’s. The sound of Shizune is strongly influenced by their  italian fellows Raein and La Quite. Catchy guitarrhythms , heartfelt vocals and forward driving drums, all on a punky edge, are characteristic for what the band is doing.

This split is a celebration of a friendship between two bands that are divided by the ocean, but share the same passion for a music that still has it’s say.

Watch out all you lovers of Saetia, Raein, Off Minor, La Quiete, Funeral Diner, Lickgoldensky etc.