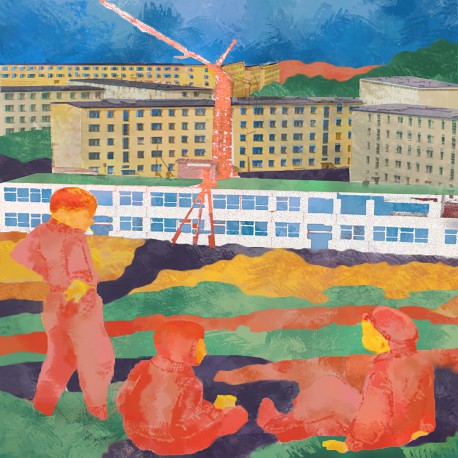 After their 2 Song 7" in 2015 (for me still one of the best Emo 7"es released in the last 10 years), i'm more than happy to bring you the debut 12" by russias own Nevasca! The record is called "Collecting Dust" and it is full of bittersweet melodies and emotions!
Emo in its purest form and still a sureshot for everyone who likes the good old sounds of Mineral, Christie Front Drive or Time Spent Driving. But with this full length release they show even more various influences: Some faster Songs, that got a rougher Emo-Punk edge, where Bands like Basement or older Title Fight come to mind! And in their greatest moments they even add a shoegaze/dreampop feeling to their epic Emo-Sound! Heartbreaking!

The Vinyl includes a downloadcard and a booklet with lyrics and art!