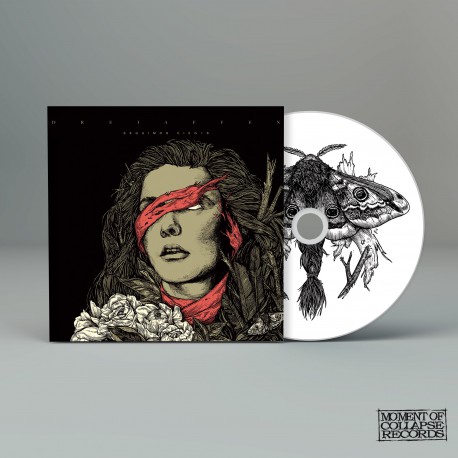 The Spanish DREI AFFEN are furiously reporting back with
a new album. „Seguimos Ciegxs“ combines 90s Screamo
with neo-crust elements.

After their self-titled debut (2016), a split with COMA
REGALIA (2018), DREI AFFEN (members of OSOLUNA) from
Torrelavega are back with a new album that leaves more
than a lasting impression. Rooted in the early Screamo of the
late 90s, the trio likes to combine their songs with a pinch of
neo-crust. The six songs on „Seguimos Ciegxs“ are a logical
continuation of their previous work and set completely
new accents. Driving guitar walls, which are accompanied
by a desperate, powerful voice, meet a powerful, driving
drumming. Friends of old heroes like ORCHID, LOVE LOST
BUT NOT FORGOTTEN or early CIRCLE TAKES THE SQUARE
will defi nitely enjoy “Seguimos Ciegx”. In contrast to the LP
version, the song „Llama Viva“ is included in an „Extended
Version“.