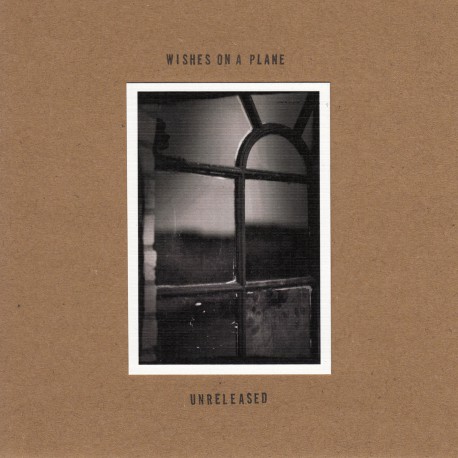 WISHES ON A PLANE - Unreleased LP

clocking in at a little over 30 minutes playing time these unearthed 5 songs, intitally recorded in 2005 show the band’s musical origins, before screamish and post influences kicked in and formed records like ‘this faint line’ (released in 2008). mostly influenced by classic mid 90s emo bands and recordings such as jimmy eat world’s ‘clarity’, texas is the reason’s ‘do you know who you are?’ or the get up kids’ and christie front drive’s entire discography, some 00’s pop punk like the ataris and a more mature take on emo like elliott on ‘false cathedrals’ we get a suprisingly poppy at times, yet fragile and imperfect record, unconventionally arranged, rough and rocking that deserved to rise from the old harddisk it hibernated on for almost 15 years.

these 5 songs deal with thoughts or fears of two people being no perfect match but intertwined so deeply you find it difficult to embrace a life on your own. questioning if you know at all what love is, or even more so, what not loving feels like, and how to know when love is gone.