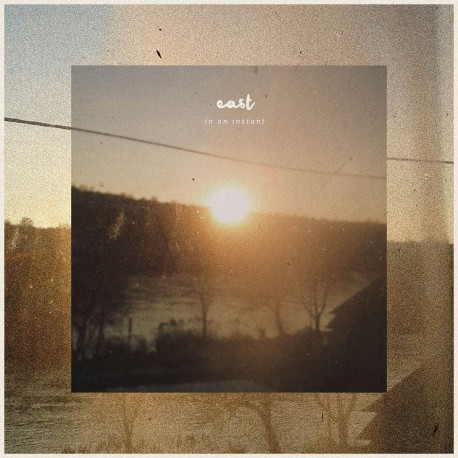 EAST - In An Instant LP

East give their first sign of life in 2017 with the “Demo ’17”, recorded by Fabian Langer and Fabian Mohn in the rehearsal room of Neufundland in Cologne. However, they are not complete until 2018, when they appear in full line-up at the “Bendorf Live Session”, for which they recorded and filmed five song. Recorded by Janek Kinzig at Soundrange Tonstudio Bendorf and filmed by Geraldine Hutt.

In the same year they locked themselves up in the rehearsal room of Fortune Drives To Vegas in Alf over New Year’s Eve and recorded, also live, their first album. At sub-zero temperatures a 10 song emo album emerges, which could be directly from the 90s and at the same time makes current influences audible. Recorded as well by Janek Kinzig.