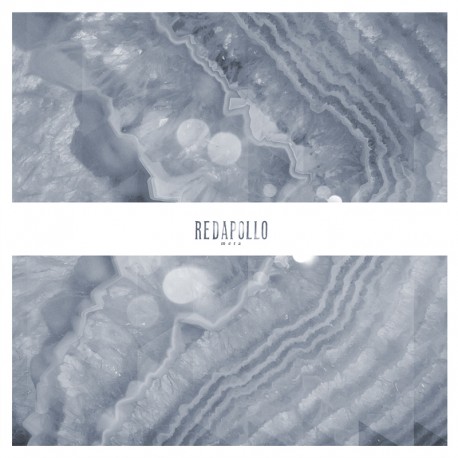 Releasedate: 16.June 2017
(please note, that the vinyl colour mockups is only a conceptual image. The colour / effect you get may differ from the image)

With six years of existence under the belt, RED APOLLO undoubtedly belong to the established bands among those who identify themselves with post-metal, sludge, doom and everything in-between. After a successful tour with Savannah's BLACK TUSK (Relapse Records) in October 2016, RED APOLLO are now finally back in the rehearsal room to write the successor to the 2015 full-length "Altruist". However, RED APOLLO will not completely disappear off the radar for the next twelve months but decided to drop another release right in time for the upcoming tour with Japan's HEAVEN IN HER ARMS in July 2017!

Marking the latest output in the band's critically acclaimed catalogue consisting of a demo, two LPs and three 7inches, "Meta" consists of two songs formerly released on "Altruist". Nevertheless, RED APOLLO are not just about to release the exact material as two years before but put these tunes into a completely new shape! The most obvious difference to the original versions of "The Slaving Eyes" and "Dissociative" is that both songs will be released without any vocals on "Meta". Instead, synthesizers and further guitars were added while instruments were partly re-recorded and everything was completely re-mixed and re-mastered. This unique composition is due to the professional work of the Tonmeisterei in Oldenburg (Germany), Sludge Studios in Tampa (Florida) and Level3Entertainment in Essen (Germany) where the different parts for "Meta" have been recorded, mixed and mastered. With these drastic modifications, "Meta" sounds different and new with the best sound possible!