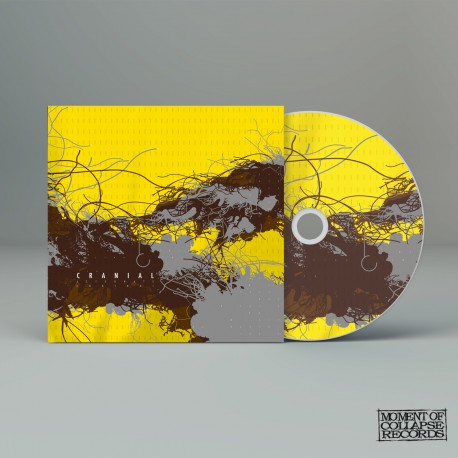 Risen from the ashes of the almighty OMEGA MASSIF, CRANIAL
took the best ingredients, created their own sound and developed
it further. With the EP 'Dead Ends' (Moment Of Collapse
Records) the quartet from Würzburg set not only a sign of life
in 2015, but also put a bold exclamation point in the international
post-metal / sludge scene. Just over a year later, the
critically acclaimed debut album 'Dark Towers, Bright Lights'
got also released by Moment Of Collapse Records. CRANIAL
understand how to combine heavyness, melody and atmosphere.
Several festival invitations and shows (with CONVERGE,
AHAB, etc) followed. In September 2019 their second album
'Alternate Endings' will again be released via Moment Of Collapse
Records. With their new album CRANIAL again pushed
themselves forward, refined their songwriting and found with
Ghost City Recordings and Magnus Lindberg (Cult of Luna) a
perfect team for setting up the most crushing sound.