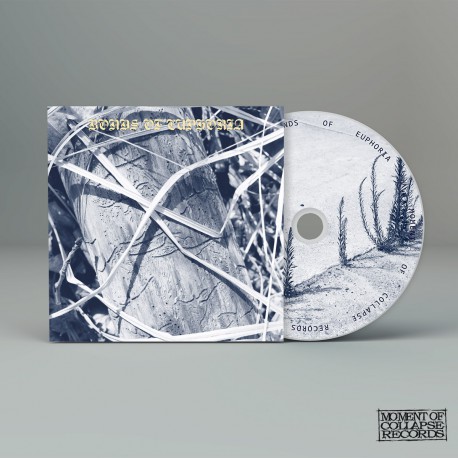 Germany‘s ABEST are a band that is pushing the limitations typically
associated with post metal with the release of their second
full length „Bonds Of Euphoria“. It is an indispotable reaffi rmation
of their sound, a masterful stew of metal and hardcore. Undeniably
precise and heavy. Produced by Jan Oberg of Hidden
Planet Studio (Downfall Of Gaia, Deathrite) „Bonds Of Euphoria“
features guest appearances by longtime friends Ghaliz Haris,
Fabian van Beek (Gall) and Michel of the Band Reka.
Founded in late 2011, ABEST released their debut full length
„Asylum“ in May 2014 via This Charming Man Records. „Asylum“
sounded like a wrecking ball, slowly but steadily hovering
towards the torn and rotten walls of civilisation, inspired by early
Isis or Neurosis.
After playing shows with Hope Drone, Buried At Sea, Svalbard
or Red Apollo, the band released a new 12“ EP called „Last“ in
June 2016 followed by touring all over central Europe. While
„Asylum“ took a more melodic approach on the classic post
metal sound, „Last“ sounded raw and less atmospheric, taking
a step forward in both songwriting and heavyness.
After a several line-up changes, ABEST continue as a three piece,
now focusing on a more excessive and precise sound which
can be described as brutal yet gloomy post metal. „Bonds Of
Euphoria“ was written over the period of one year whilst sharing
stages with Sun Worship, Phantom Winter and Reka.
For fans of Cult Leader, Dead In The Dirt and Primitive Man.