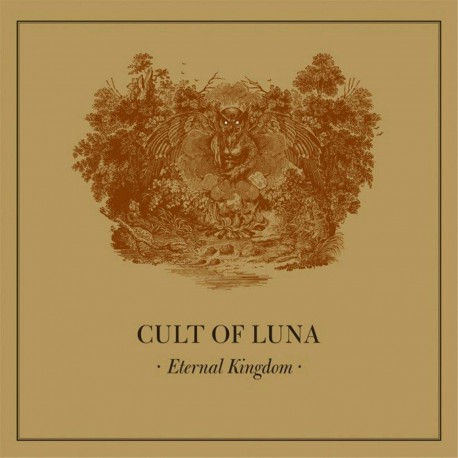 Cult Of Luna return with their storming fifth album "Eternal Kingdom"! The Swedish collective have returned with a stronger, heavier sound taking inspiration from a diary discovered in their rehearsal space written by a mental patient imprisoned for the murder of his wife. The concept follows the imaginary world the patient built to explain the murder, involving bizarre half human/half animal characters, and ultimately blaming the death on someone else!

Recorded at the world renowned Tonteknik Studios (Refused, In Flames, Poison the Well) 'Eternal Kingdom' harks back to their earlier albums and draws comparison with the most accomplished work of Neurosis and Isis.