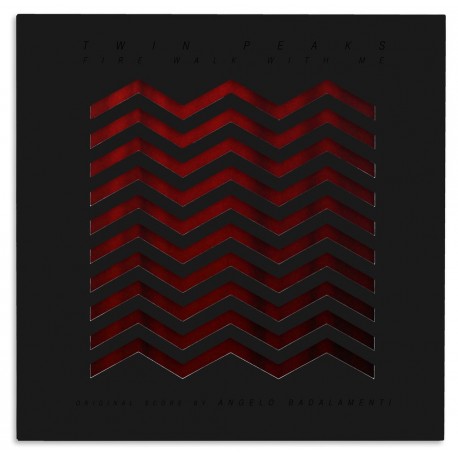 Death Waltz Recording Company is thrilled to announce its release of Twin Peaks: Fire Walk with Me on vinyl for the 25th anniversary of David Lynch’s nightmarish cinematic continuation of the beloved television series. The vinyl features Angelo Badalamenti’s gorgeous, eerie score with audio approved by the composer, and director David Lynch-approved artwork by Sam Smith and packaging by Jay Shaw. The clever design is the perfect complement to Death Waltz’s release of the Twin Peaks score on vinyl from 2016.